What Church Leaders Say About Working With Coaches – By Amy Simpson
Share:

What Church Leaders Say About Working With Coaches – By Amy Simpson 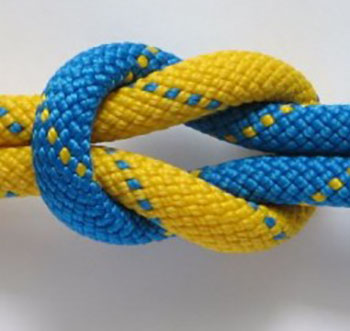 I love working with creative leaders who are ready for something new, helping them amplify their inner strength so they can own their purpose, move forward, and live true. But I don’t think my clients are the only ones who can benefit from coaching; in fact, I think every leader should consider working with a coach. Because I believe in the importance of good, healthy leadership in churches, I have a special interest in how coaching can help the church and its leaders to thrive. So I interviewed some pastors who have worked with other coaches, to see how coaching had helped them do ministry better. Consider their experiences, and think about whether coaching might benefit your leadership too.

When Small Groups Pastor Ryan Sanders was promoted to the executive team at Irving Bible Church in Irving, Texas, he felt ill-equipped for that level of leadership. So he hired Leadership Coach Michael Warden to help him grow into the role. “I also wanted to reshuffle my continuing education efforts,” he says. “I have a budget for professional growth which I had been spending on books and conferences. I felt like I wasn’t getting a lot of bang for my buck with those. I’m using that part of my budget for coaching.”

After four months of coaching, he says, “My coach has made me a better leader. I’m more confident knowing I’ve given some systematic thought to my role.” And the benefits of coaching extend beyond his own self and his role: “Coaching has also helped me understand myself and my colleagues better. It helps to know the unspoken roles we fill when we work together.”

It was job transition that led Eric Bryant, a campus pastor at Gateway Church in Austin, Texas, to work with Warden as well. In his case, it was a move to a new job in a new city and state, “a whole new city with new challenges.” As he engaged in this new role, Warden “helped me go through the basics of my calling and understand my identity as someone who follows Christ. He helped me understand my sweet spot for serving and leading. He also helped me identify my shadow mission, who I am on my worst days. He helped me gain personal perspective and ministry momentum.”

For Matt Morginsky, working with Warden was built into his role as church planter in residence at Denver Presbyterian Church in Denver, Colorado. Morginsky, who also serves as an assistant pastor at the church, is preparing to start another church and engaged in an intentional process of growth and development. He worked with Warden on a 360-degree-feedback tool, receiving evaluation from people who experience his leadership from various sides. “One thing we highly value in the Denver Pres system is honest, direct feedback,” he says. “This gives people inside the system a feeling that they have real recourse if they see a problem. They’re actually being heard. The people you lead actually know best what it’s like to be led by you, as opposed to someone who leads you.”

Working with his coach, Morginsky says, “was a 100-percent positive experience. The feedback I got had some real positives about my leadership and also pointed out some really key areas for growth. Michael was really helpful in saying, OK, people are experiencing you this way; let’s figure out why and what we can do about it.”

One thing that became apparent in the 360-degree feedback loop was “distancing behavior.” Despite Morginsky’s warm intentions, “people were experiencing me as hard to get to know and aloof.” The reasons for this were not clear. So he and Warden worked together to explore its roots and eventually determined that when Morginsky was in “problem-solving mode,” he tends to focus on innovating to solve the problem and to forget about what he is communicating to the people around him.

But they didn’t stop there. “In the ministry world,” Morginsky says, “when you get feedback or discover some kind of problem, the prescription is very rarely practical. It’s just, ‘You don’t believe the gospel enough; you need to believe it even more.’ How do I do that? It’s not something I can effect myself. So the feedback becomes discouraging.”

In working with his coach, he developed practical strategies that he could apply to address the problem. “Instead of being in the situation where I just need to hope I repent hard enough to where everyone starts experiencing me as warm, I actually got some tools to communicate how I actually feel about people. I pay close attention and ask questions. Paying attention to the emotional temperature of the conversation or the person. That has been really valuable for me. I feel like I’m seeing people in a whole different way now. It’s been such an encouraging tool.”

This has made a big difference in the way he leads people: “I have full confidence walking in to any social situation now, which is part of leadership, knowing the best way to communicate to this person that I’m interested in them. I know how to do it now!”

These pastors are among a growing number of people who have hired coaches to support their self-awareness, live more intentionally, and lead with greater clarity and conviction. Many report similar success stories, which helps explain why the popularity of coaching is growing rapidly.

Coaching is a relatively new professional pursuit. Although the ideas that gave birth to the coaching industry can be traced back to the 1950s (and, some would say, to the beginning of human history), coaching as a distinct profession has its origins in the 1990s.

Despite its relative youth, coaching is now one of the fastest-growing industries worldwide, with many claiming it ranks second only to Information Technology. The International Coach Federation (ICF), the largest worldwide network and governing influence for professional coaches, claims coaching is now roughly a $2 billion-dollar industry worldwide. A 2012 study by the ICF found 15,800 coaches in the United States and 47,500 worldwide.

The ICF defines coaching as “partnering with clients in a thought-provoking and creative process that inspires them to maximize their personal and professional potential.” Although it is often confused with other processes and relationships like counseling, consulting, advising, and mentoring, coaching is a unique and intentional kind of relationship designed to do the following, according to the ICF:

• “Discover, clarify, and align with what the client wants to achieve;

• Hold the client responsible and accountable.”

These descriptions leave much to interpretation and expression among individual coaches, and coaches use a variety of techniques. But all coaches trained through ICF-accredited programs share a strong commitment to activating clients’ own resources to generate their own goals, discoveries, solutions, strategies, and commitments.

Janet Harvey, former president of the ICF, offers this distinction between coaching and therapy: “Therapy, she says, is founded upon finding what’s making a person dysfunctional; coaching is founded upon maximizing a person’s potential.” Professional coaches who are trained through a program recognized by the ICF are aware of coaching’s distinctions and able to work skillfully within the boundaries of this kind of work. Unfortunately, because coaching is not a legally regulated profession, some coaches lack rigorous formal training and may not be aware of these distinctions or how to abide by them.

Juno Smalley, lead pastor at New Life Community Church in Artesia, California, knows the difference. “A coach can serve the basic role of being a listening ear and an objective person. She can speak truth in grace.” He says his coach, Joan Webb, “knows me well enough now to recognize patterns or point to parallels to other situations in my life.” At the same time, “There are some things that counselors need to step into and help people process what’s going on.”

Simon Benham, senior pastor of Kerith Community Church in Bracknell, UK, worked with coach Lisa O’Brien. He also asked her to work with the church staff as a team. He found that this process “helped with wider staff honesty, openness, and conflict resolution. It was really helpful.”

Similarly, there are times and circumstances when a consultant, advisor, mentor, or friend might offer more appropriate support. But coaches are helpful in many ways, especially when the best solution is more likely to come from within the client’s own creativity, wisdom, and connection with God. Coaching is designed to support this kind of problem solving, rather than the kind that offers solutions from an external source, as in consulting and advising.

As a coach, I work with clients to do just that—generate or unearth the answers they seek, making use of their own resources, including their relationship with God. The results are frequently amazing, and I encourage you to consider coaching for both you and other leaders in your church. So do the pastors I talked with.

So if you’re convinced coaching is for you, what’s the first step?

First recognize that for now, because coaching is an unregulated profession, not all coaches have rigorous training—and some have no training. You may want to look for a coach who has been trained and carries certification from the International Coach Federation, which accredits many well-respected training programs.

Beyond that, Benham advises, “Find someone you trust.”

“Read or listen to your potential coaches,” says Sanders. “Read their blogs, follow them on Twitter. I interviewed three and chose one.”

Bryant recommends pastors “look for someone who has a track record of helping others leaders, whether in corporate or nonprofit or pastors. I also recommend someone who has been in ministry and knows the challenges and advantages of serving in that context.”

But above all, “Pull the trigger,” says Morginsky. He recommends other pastors hire coaches and do the kind of work he has done. “It’s something that’s not a huge time commitment, is relatively low cost, and is going to give you big benefits and help you see your blind spots. You can’t see your own blind spots; that’s why they’re blind spots. This can help you identify them.”

Register for the Chrysalis Luncheon