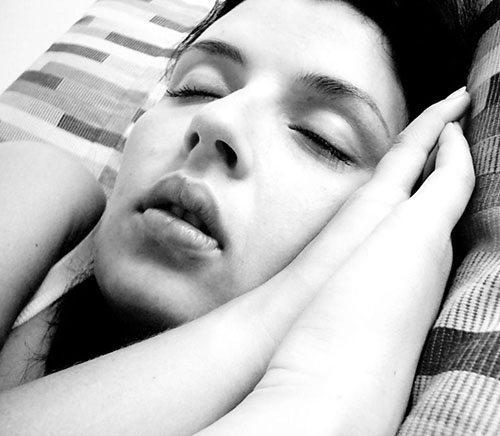 Many bright and intelligent people put themselves at a disadvantage every day because they make choices that limit the functioning of their brain. The following ten things have been shown to enhance brain functioning and can help anyone live up to their full intellectual potential.

Sleep is necessary for learning and allows the brain to repair itself from the stress of daily life. The average adult needs about 7.5 hours of sleep every night. Research has shown that sleep deprived individuals have a shorter attention span, impaired memory, longer reaction times and reduced neural activity during cognitive tasks. Sleep deprivation causes an individual to produce more cortisol and stress hormones. This “stress response” results in inflammation that causes cell death in the brain and limits neurogenesis (the growth of new brain cells during learning). College students who sleep six or less hours/night report significantly lower grade-point averages than students who sleep nine or more hours/night.

Positive and affirming movies, TV and video games in moderation are certainly not damaging. Unfortunately, in our high tech society this type of entertainment is increasingly taking the place of more healthy activities such as exercise, time with friends and reading. In excess, video media can have a detrimental effect on brain function. Studies show that watching movies, TV and playing video games induces alpha or slow wave activity in the brain. This type of activity is usually associated with drowsy or resting states. Long-term exposure to video media can lead to a permanent change in brain activity (particularly the prefrontal cortex) resulting in impulsive behavior and an inability to concentrate.

Everyone knows that regular exercise benefits our bodies; it helps us manage our weight, increases strength and stamina, reduces stress and improves mood. Exercise is also important for the health of our brain. Research in both animals and humans have shown that regular exercise stimulates the growth of new brain cells (neurogenesis), increases blood flow to the brain (increasing oxygen) and reduces the level of stress hormones, such as cortisol. Those who exercise regularly learn faster, remember more, think more clearly and bounce back faster from brain injuries and psychological distress than those who do not exercise.

4)   Stay Away from Pornography

Every second, 28,258 internet users are viewing pornography. This is not just a problem for men; one out of every three visitors to internet pornography sites is a woman. Viewing pornography significantly increases levels of testosterone, oxytocin and dopamine in the brains of both men and women. This flood of neurochemicals brings about a pleasurable feeling, heightened excitement and focused attention. Increasing dopamine activity causes serotonin levels in the brain to drop, resulting in feelings of euphoria and obsessional thoughts (not being able to stop thinking about the images). Through frequent exposure, a person becomes neurochemically attached to the pornographic material limiting their ability to experience pleasure and form long-lasting relationships.

The neurons of the brain, like other cells in the body, are made of lipids and proteins and require glucose for energy. Brain cells communicate through the use of electrical signals,   produced by an ionic solution which surrounds the cells, and neurotransmitters, produced from amino acids within the cells. For your brain to function optimally, it requires sufficient levels of glucose, electrolytes and amino acids, all of which are obtained through the foods you eat. Deficiencies in any of these vital nutrients can lead to   cognitive confusion, forgetfulness, lack of attention and mood swings. Making the right diet choices can also decrease a person’s risk of developing brain disorders, like Alzheimer’s disease, later in life.

7)   Limit the Use of Technology

The average person spends more than eight hours each day using technology. The internet, cell phones and texting have altered the social and educational landscapes of society. Unfortunately, they also appear to be rewiring our brains, resulting in an inability to form close relational bonds, false intimacy, and an increased frequency of errors from  multi-tasking and attentional problems. Chronic use of information technology appears to have a suppressive effect on frontal lobe executive functions. To overcome these negative effects, everyone should schedule regular breaks from technology, increase face to face interactions with peers and include the use of more traditional approaches to information gathering, like reading books, magazines and newspapers.

Reading is a highly complex cognitive task that simultaneously engages a significant number of neural systems throughout the brain. Much like an athlete that works his or her muscles through physical exercise, the brain is strengthened by the “mental” exercise   of reading. Individuals who read often have superior memories, vocabularies, comprehension skills and attention. Good readers are also better writers. The neurocognitive effects of reading are perhaps most apparent in the fact that reading is protective against damage to the brain as a result of lead exposure, Alzheimer’s disease, stroke, other dementias, sleep apnea, or traumatic brain injury.

In a stressful situation, the body reacts with a flood of stress hormones (e.g., cortisol) to   prepare you for the circumstances at hand. Your heart beats faster, your blood pressure rises and you breathe faster, pumping oxygen rich blood to your muscles. This is the famed “fight or flight” response. Unfortunately, prolonged stress can have damaging effects on the body and the brain. Research has shown that extended exposure to stress   hormones actually causes cell death in certain brain areas, particularly the hippocampus    (which is vital to learning and memory). This is supported by the fact that highly stressed          individuals consistently report forgetfulness and difficulty learning new material.

Spirituality encompasses the ways people find meaning, hope, purpose, a sense of internal peace and a connection to things greater than themselves. Studies show that religious and spiritual practices improve mental and physical health. Individuals who are able to connect with a transcendence larger than themselves are able to cope better with stress, resulting in lower blood pressure and stress hormone levels. They also report less anxiety, less depression, and increased feelings of security, compassion, and love. Neuroimaging research with highly religious individuals has shown that regular prayer and meditation can positively alter brain structure and function.