Dr. Matthew Stanford Chief Executive Officer, Hope and Healing Center & Institute. He is the author of Grace for the Afflicted: A Clinical and Biblical Perspective on Mental Illness, Revised and Expanded, The Biology of Sin: Grace, Hope, and Healing for Those Who Feel Trapped, and Grace for the Children: Finding Hope in the Midst of Child and Adolescent Mental Illness. 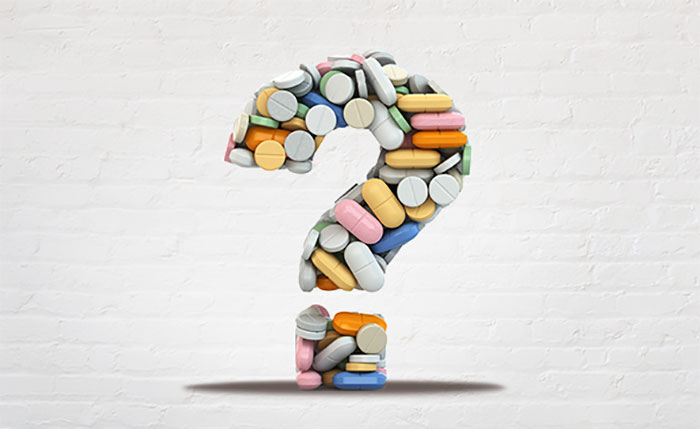 Proper diet and nutrition are important factors in recovering from a mental disorder. A healthy diet replenishes electrolytes and amino acids. This in turns affects neurotransmitters in the brain and can help facilitate the effects of psychiatric medication. In my work with those living with mental illness I am often asked about “natural” treatments by individuals who are concerned about taking psychiatric medication for their disorder. Many of these individuals are considering using nutritional supplements to try and treat their disorder rather than medication.

While I certainly understand an individual’s concern about taking a psychoactive medication that may have significant side effects, the fact is that few nutritional supplements have been shown to be effective in treating the symptoms of mental disorders. Most are unable to cross the blood-brain barrier and are simply excreted from the body unused. Nutritional supplements are regulated by the Federal government as food not pharmaceuticals and vary significantly in quality and composition. So unlike a medication for which you need a physician’s prescription and get at the pharmacy you cannot always be sure what you’re getting at the local health food store.

That having been said, there are some nutritional supplements that have been studied and shown to be helpful for some psychiatric disorders and symptoms. Three of the best are Phenibut, 5-HTP and Omega-3 Fatty Acids.

Phenibut (β-Phenyl-γ-aminobutyric acid) – Is a derivative of the naturally occurring inhibitory neurotransmitter γ-aminobutyric acid (GABA). It was synthesized in the Soviet Union in the 1960s and is still sold there as a pharmaceutical agent to treat anxiety related disorders (e.g, panic disorder). Most GABA supplements do not cross the blood brain barrier but the addition of a phenyl ring to phenibut allows it to cross from the circulatory system into the brain. Phenibut reduces anxiety and it’s only reported side effect is an increase in sleepiness. Phenibut exerts its effects by stimulating GABA receptors much like the benzodiazepines (e.g., Xanax).

5-HTP (5-Hydroxytryptophan) – Is a naturally occurring amino acid and the first step in the biosynthesis of the neurotransmitter serotonin (5-HT) from tryptophan. 5-HTP is useful for the treatment of depression by causing an increase in serotonergic functioning in the central nervous system. The effect is similar to that of a selective-serotonin reuptake inhibitor such as Zoloft. When taken with antidepressant medication 5-HTP can cause a dangerous condition known as serotonin syndrome.

Omega-3 Fatty Acids – The two main omega-3 fatty acids in fish oil, eicosapentaenoic acid (EPA) and docosahexaenoic acid (DHA) have important biological functions in the central nervous system. Omega-3 fatty acids are known to decrease the effects of systemic inflammation and it is thought that this effect is what is beneficial for several mental disorders. Research has shown that omega-3 supplementation is beneficial for mood disorders such as depression and bipolar disorder. Less evidence exists but several studies have also shown these fatty acids to be beneficial for AD/HD and borderline personality disorder.

Written by
Dr. Matthew Stanford Chief Executive Officer, Hope and Healing Center & Institute. He is the author of Grace for the Afflicted: A Clinical and Biblical Perspective on Mental Illness, Revised and Expanded, The Biology of Sin: Grace, Hope, and Healing for Those Who Feel Trapped, and Grace for the Children: Finding Hope in the Midst of Child and Adolescent Mental Illness.