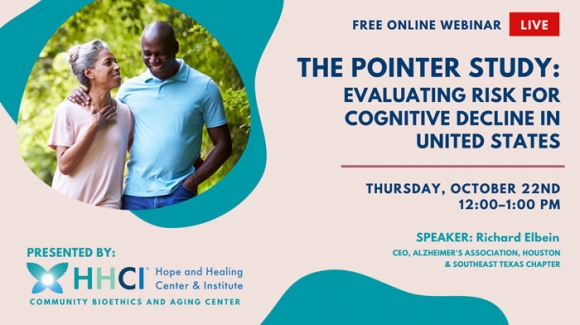 Want to support our services?

We offer these educational services for free, but as a 501(c)(3) non-profit organization and comprehensive mental health resource, we value your support that allows us to continue serving our community.

The Alzheimer’s Association U.S. Study to Protect Brain Health Through Lifestyle Intervention to Reduce Risk (U.S. POINTER) is a two-year clinical trial to evaluate whether lifestyle interventions that simultaneously target many risk factors protect cognitive function in older adults who are at increased risk for cognitive decline. U.S. POINTER is the first such study to be conducted in a large group of Americans across the United States.

Come join us for this free webinar from the Hope and Healing Center & Institute. Register today for login information. 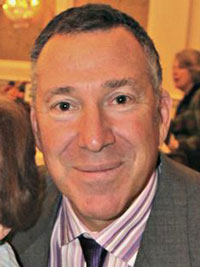 Richard Elbein has been the CEO of the Houston and Southeast Texas Chapter of the Alzheimer’s Association since 2002.

Richard received his undergraduate degree in Human Nutrition from University of Texas Austin and his Masters degree in Biochemistry and Nutrition from Virginia Tech. He spent more than 20 years in health care administration prior to joining the Alzheimer’s Association.